Below we have our mill yarn, starting left – Chantico, a deity reigning over the fires in the family hearth. Middle – Demeter, goddess of the harvest. Right – Folkvanger, a meadow ruled over by goddess Freyja. Bottom – Sif, a Norse goddess of earth. All beautiful goddesses!

For our Sock Lite yarn in the photos below, starting left – Xarpo, another goddess. Middle – Autumnus, which is latin for autumn. Right – Shruisthia, a native American god. And finally underneath we have – Sidhe, meaning fairy folk.

Finally our full skein Dia Ann – a bit of an Irish one here. Pronounced as “Deeyah Ow-nh”. We’ve abbreviated the name to encompass a few things. Danu / Dia Anu is the mother goddess of “Tuatha dé Danann”. In Irish folklore, The Tuath Dé are often depicted as kings, queens, druids, bards, warriors, heroes, healers and craftsmen who have supernatural powers. They dwell in the Otherworld but interact with humans and the human world. They are associated with the sídhe – ancient burial mounds such as Brú na Bóinne, which are entrances to Otherworld realms. Other goddess or dieties of the Tuath Dé include Dagda, Morrígan, Lugh, Nuada, Aengus, Brigid, Manannán and Dian Cecht… many of you may recognise these as other names for our yarns!

I really enjoyed creating this mini collection of colours, and currently planning another round for release in and around December! Hoping you love these colours just as much as I do. 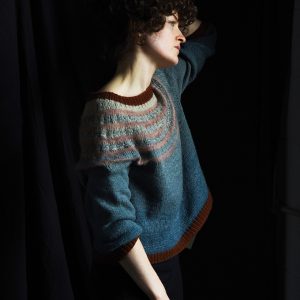 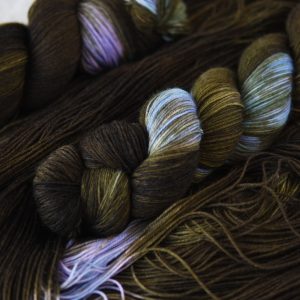 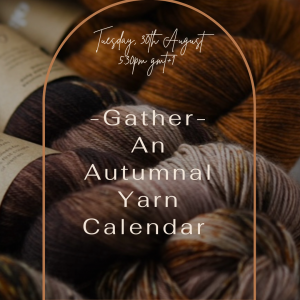 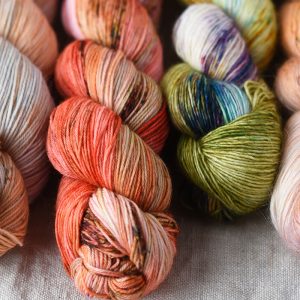 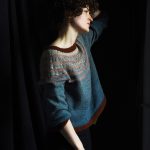